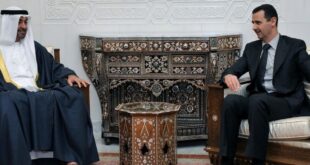 The Collaborator’s Reward: the UAE, from Syria to Israel 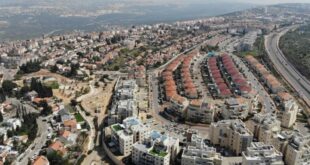 Leonid Savin*
At the end of August, the Lebanese organisation Hezbollah fired two rockets at an Israeli armoured personnel carrier at the border. Several Israeli soldiers were injured. In response, Israeli troops fired on Lebanese territory adjacent to the border. The shells fell on bare ground, without causing harm to people or nearby buildings. Hezbollah chalked up yet another victory that was warmly received not just in Lebanon, but also in other countries. Israel did not launch new attacks, but responded by withdrawing its armed forces seven kilometres inland from the country’s border. Hezbollah sources confirmed that their intelligence services even visited abandoned Israeli military bases and roadblocks. The ceasefire on the Israeli border, which Lebanon calls occupied Palestine, has lasted for days and weeks. Israel has just been sending unmanned aerial vehicles into Lebanon on a regular basis, some of which have been shot down. Lebanese President Michel Aoun has declared that he will use every means possible to destroy Israeli objects if they invade Lebanese territory.

The incident has shown a new rebalancing in the region. The experience of the 2006 war, when Israel used everything against Lebanon – artillery, tanks, aviation – to bomb the infrastructure of Beirut and southern Lebanon, only ending its aggression after Lebanese rockets started falling on Israeli cities, has shown Tel-Aviv that Israel’s “chronic inferiority complex” has not diminished in the least, while its neighbours have the opportunity to cause irreparable damage. 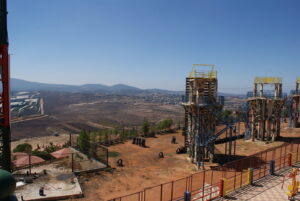 What is significant is that, in the 2006 war, Israel wasn’t stopped by Lebanon’s regular armed forces, which have seriously limited capabilities (also because of links between certain high-ranking Lebanese politicians and external forces), but by Hezbollah – a political party in Lebanon and a military organisation. At that time, it took approximately 600 Hezbollah fighters to repel the Israeli attack and retaliate, while the regular army was mainly involved in fighting fires and maintaining order.

When ISIS became active in the Middle East, Lebanon was also affected, especially the north of the country. Hezbollah actively helped the army eliminate terrorist cells, including Sunni areas like Tripoli.

Members of the organisation try not to emphasise its religious affiliation, but instead use the criteria of patriotism and a readiness to defend one’s homeland, so it actually includes representatives of different faiths, including Sunnis and Christians, although its leader, Sheikh Hassan Nasrallah, is a Shiite.

What’s more, as a military organisation, Hezbollah is not restricted to the territory of Lebanon. Hezbollah also has an active presence in Syria and Iraq, where it is fighting against terrorist organisations. In Syria, coordination is carried out with government forces, Iranian advisers and the Russian military, and in Iraq, Hezbollah is seamlessly integrated into the people’s militia composed of Shiites.

Hezbollah is also present in Latin America, where there is a large Lebanese diaspora. Although there, it would be more correct to talk about the cultural and political dimension of the organisation’s activities. However, US politicians regularly try to accuse Hezbollah of having ties to Latin American drug cartels, but, as often happens with America, they have not provided any kind of evidence.

Returning to Middle Eastern reality, it would be worth looking in more detail at Hezbollah’s military and political capabilities. There is a certain balance in the country’s parliament that favours the activities of patriotic forces in the country. This enables Hezbollah to develop its potential and extend its activities throughout the region. 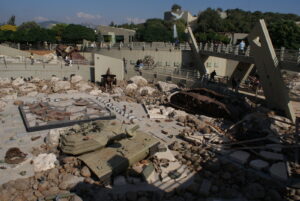 The entire Hezbollah structure in the Middle East, including proven allies, numbers approximately half a million experienced fighters ready to mobilise at any time. The issue is which challenge or threat will need to be addressed. It should be borne in mind that Hezbollah has greatly improved its combat effectiveness during the war in Syria and has its own military and technical developments. Hezbollah’s weapons from ten years ago are on display at the Mleeta resistance museum, where you can see ballistic missiles and combat drones. Hezbollah’s arsenal also includes foreign weapons systems. There is a wide range of anti-tank weapons on display, from Russian Kornet-Es, RPG-29s and 9K111 Fagots to American TOW missile systems and M40 106 mm recoilless rifles.

It was Russian Kornet-Es that destroyed the Israeli Merkava tanks previously considered invincible.

One can only guess what state-of-the-art weapons systems Hezbollah has now. When there is talk or rumours that the organisation has acquired some effective new weapon, representatives of Hezbollah usually neither confirm nor deny the statements. History shows, however, that Hezbollah is very good at surprises. And the most recent exchange of gunfire showed that the Lebanese resistance knows how to launch surgical strikes on its enemy.

The Mleeta museum was opened in 2010 and is a good example of how the spirit of resistance and patriotism is institutionalised at the highest level. In fact, the battle for hearts and minds is not only being fought in Lebanon, since a number of locations visited by millions of foreign tourists, journalists and activists every year are also of international importance. As well as Mleeta, it is worth mentioning places like Qana, Khiam and Maroun al-Ras.

In Qana, located 12 kilometres from the border with Israel, a memorial has been erected to the victims of an Israeli air strike on a refugee camp on 11 April 1996. Those killed, of which there were more than one hundred, also included UN peacekeepers. Around 500 people were injured. Israeli shelling during the 2006 war also led to civilian casualties.

A prison near the town of Khiam was used by Israel during the occupation. After the country’s liberation, it was turned into a museum. Among the exhibits are instruments of torture that were used on Palestinians and Lebanese.

An observation post near Maroun al-Ras that used to be a military border base is now open to tourists. It offers views of the territories occupied by Israel. It is here that a recent violent exchange took place.

To all this should be added the general situation in the region and the world. If the Yemeni resistance, which, in military terms, is not nearly as well equipped as Hezbollah, was able to launch an effective attack on the facilities of the Aramco oil company and defeat three brigades in the Saudi province of Najran in the course of a day, then Hezbollah’s manoeuvrability, operational flexibility and fire power are much greater. And direct political support from Syria and Iran, as well as indirect support from China and Russia, is turning it into a force that not only Israel has to reckon with, but also other actors in the Middle East and the US.

Previous The Rise of Israel’s Political Right and Its Possible Demise
Next Are We on the Path to War? – Middle East Heats Up While Viewers Watch the Impeachment

The Corruption of Science .. The Hydroxychloroquine Lancet Study Scandal .. Who Was Behind It?

Prof Michel Chossudovsky June 10, 2020 The Guardian has revealed the scandal behind the hydroxychloroquine study …