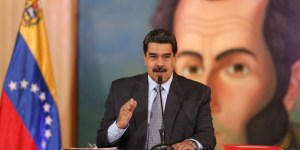 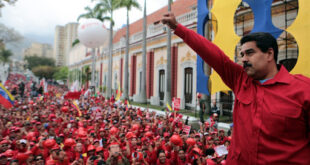 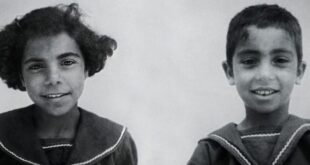 Dr Mustafa Mheta
I am an interdisciplinary researcher and writer. I am writing this letter about yet another great Western imperialist crime and atrocity against yet another Third World country, Palestine, which is one of the most important observer members of the African Union (AU). It is self-evident and clear that Western imperialist and colonialist plot to completely annex the whole of occupied
Palestine until there is nothing left of it.

It has been obvious to every person, even with a minimum of intelligence, common sense, and knowledge of the history of imperialism and colonialism, especially in Africa, that suffered the most brutal and devastating forms of them, from which it is still struggling to recover. It is simply not possible or credible that the African leaders are not seeing through this demonic imperialist plot. The only explanation for their actions or lack of it, is that they choose to collaborate with the US empire building and Western imperialism. It is indeed a great shame for mankind in general and African Union that such shattering imperialist crime and atrocities is being committed with impunity. 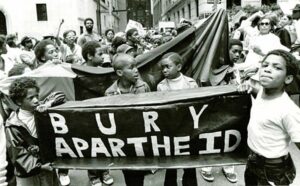 “The only thing necessary for the triumph of evil is for good men to do nothing” attributed to Edmund Burke.

In the last ten years, an old scholarly paradigm that was used for the historical analysis of European settler movements in various parts of the worlds, and in different periods, resurfaced in the USA and Australia as part of the new wish to understand the modern histories of these countries. Leading historians from all around the world reshaped the paradigm of settler colonialism to include all the places where European immigrants colonized non-European lands, at first with the help of Colonial Empires, and then struggling against the Empire and the local indigenous population.

All the countries in North, Central and South America are settler colonial countries. As are Australia, New Zealand, Algeria, Zimbabwe and South Africa. By this, I mean they either have a settler colonial history or still are engaged in struggle against the native indigenous population. Has the AU forgotten so quickly?

Has the African Union (AU) forgotten that, the settler movement exterminated the indigenous people (in the Americas and Australia) and in other places such as Algeria. These settler invaders were responsible for the long and bloody wars of occupation of foreign lands. In South Africa and Zimbabwe the settler movement imposed a criminal political system designed to oppress and deny the indigenous inhabitants their dignity and human rights. This system called “Apartheid” was declared a crime against mankind by the United Nations. Will the current crop of leadership of the AU ignore all this for a bowl of soup from the west?

Nelson Mandela, a courageous resistance fighter is dead. Mandela died on December 5, aged 95. He devoted his entire life to the struggle for his people’s freedom, spending 27 years in prison for both his unarmed and armed resistance to South Africa’s brutal and racist apartheid regime.

With the death of this courageous resistance fighter, we are now greeted with a sickening spectacle which whitewashes his history and the fact that Mandela was first and foremost a freedom fighter. Politicians and commentators in Australia, the USA, the UK, Israel, Europe and elsewhere, many of whom who had previously labelled him a terrorist, supported his incarceration and the South African apartheid regime, are now pretending they did no such thing and are falling over themselves to laud him as a hero, a great man and a man of peace.

In addition to that, the African Union should be wary of people within its own ranks who today are breaking away from the previous position of the former OAU now AU which had defined apartheid and settler colonialism for what it is. Today Apartheid Israel and the imperial west are busy setting up military bases in many countries on our continent, a development which is characterised by a deafening silence from those running the African Union. Why are these leaders allowing AFRICOM, the headquarters of the US military presence on our continent? The imposition of western puppet-regimes on our Continent must be protected and hence the presence of AfRICOM.

In the interest of Africa’s hard-fought independence and sovereignty, the AU must ensure that neo-colonialism must be stopped and the Continent’s political and economic independence is guarded and fortified and not exposed to western empire- building and greed.