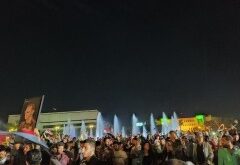 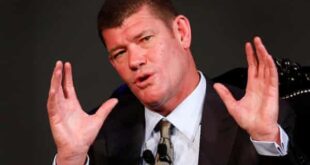 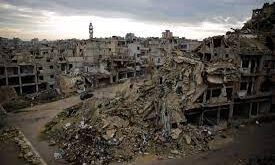 User Rating: Be the first one !

It has been almost 70 years since the Deir Yassin Massacre. On April 9, 1948, Zionist militias, Irgun and Lehi (a.k.a Stern Gang), attacked the village of Deir Yassin, killing over 100 people including women and children. Reports stated that the residents of the small village were mutilated, decapitated, disemboweled and raped. 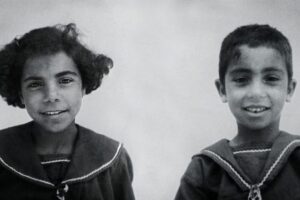 In an article published recently by Israeli newspaper Haaretz, hidden evidence and shocking new testimonies regarding the massacre have been released.

Neta Shoshani, an Israeli filmmaker who has been researching the history of the massacre, entitled her most recent film “Born in Deir Yassin”. Shoshani interviewed and gathered testimonies from people who were present during the massacre, and evidence from Israeli archives that are hidden from the public.

She showed the evidence to the Israeli Newspaper Haaretz. The film shows “A young fellow tied to a tree and set on fire. A woman and an old man shot in the back. Girls lined up against a wall and shot with a submachine gun.”

Among those who testified was Yehuda Feder, former member of Lehi. “In the village I killed an armed Arab man and two Arab girls of 16 or 17. I stood them against a wall and blasted them with two rounds from the Tommy gun.” He told Shoshani, adding “We confiscated a lot of money and silver and gold jewelry fell into our hands.”

Former Jerusalem commander of Lehi, Yehoshua Zettler, said “They took dead people, piled them up and burned them.”, and described the residents of the village saying “they ran like cats.” The attackers cut through the village using explosives, blowing up houses, and “within a few hours, half the village wasn’t there any more” said Zettler.

Mordechai Gichon, before he died last year was a lieutenant colonel in the Israeli army; a Haganah intelligence officer at the time. He was sent to Deir Yassin after the massacre. “When the Cossacks burst into Jewish neighborhoods, then that should have looked something like this,” he said – comparing Deir Yassin to Jewish pogroms. “My impression was more of a massacre than anything else. If it is a matter of killing innocent civilians, then it can be called a massacre.” He told Shoshani.

Yair Tsaban, a member of the Youth Brigades at the time, was sent to bury the corpses in fear of the Red Cross showing up “at any moment, and it was necessary to blur the traces [of the killings] because publication of pictures and testimonies about what had happened in the village would be very damaging to the image of our War of Independence.”

Tsaban stated that during that process, he did not at all encounter a corpse of an armed man but “mostly women and old men.” He also testified to seeing civilians shot in the back, “An old man and a woman, sitting in the corner of a room with their faces to the wall, and they are shot in the back.”

A member of the Information Service of the Haganah at the time, Shraga Peled, told his story Personally to Shoshani. “When I got to Deir Yassin, the first thing I saw was a big tree to which a young Arab fellow was tied. And this tree was burnt in a fire. They had tied him to it and burned him. I photographed that.” Peled was sent to document the events, and later gave the film to his superiors. He hasn’t seen it since then.

Also hidden in Israeli archives, and featured in Shoshani’s film, is a scene of orphaned children whose parents had been killed at Deir Yassin. This, along with a mammoth amount of looted and hidden history, remains in the Israeli military’s archives. Shoshani’s petition against hiding the archives, which was supported by Haaretz, was rejected by Israel’s High Court and finally by the Supreme Court in 2010. “The state explained that publication of the pictures was liable to damage the state’s foreign relations and the ‘respect for the dead,” stated Haaretz.

The Massacre of Deir Yassin is only a single incident. Seventy years of history remain censored by the state of Israel.

Previous Trump brings home “The Butcher of Khiam”, and requests Syria release Austin Tice
Next Trump’s Plan to Go after Venezuela in the Midst of the Pandemic Will Fail 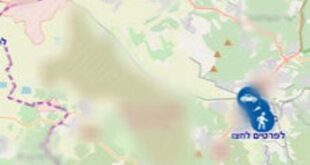